The voice is re-appearing in the experimental context, and emerging more experimentally in popular music. This New Weird Australia compilation brings together a selection of artist working across this spectrum of play.

In the realm of pop music it would be ludicrous to focus a compilation around the voice as the majority of pop music is vocally driven. Perhaps in backlash to this ubiquity the voice has been relatively scarce in the Australian experimental music over the last decade (with a few notable exceptions included here). However we are now in an interesting moment in musical time where the worlds of alternative pop and experimental/exploratory music slip and slide quite easily around each other. The voice is re-appearing in the experimental context, and emerging more experimentally in popular music. This compilation brings together a selection of artist working across this spectrum of play.

The recent influx of vocal exploration seems causally related to our ability to manipulate the voice with digital recording techniques. A notable exception is Alice Hui-Sheng Chang who uses her pure voice alone to explore the extremes of our primary organ for communication. Similarly pioneering sound poet Amanda Stewart’s vocal play is analogue, then overlaid using digital recording tools (originally 1/4inch tape). Kusum Normoyle’s overdriven scream is also, to some extent, a raw, unmanipulated expression of the voice. But on the whole, the tracks on VOX use the voice as material to be tinkered with technologically—enhanced, exaggerated, multiplied, warped, stretched and shredded. It’s no longer about the ‘grain’ of the voice as Roland Barthes called it, but rather its hyper-elasticity.

From the visceral drama of Kusum, ronnu panda or Donna Hewitt, to the sweet pop play of kučka or Mosaic Mosaic; from the luscious layered drones of Scissor Lock or Paul Heslin, to the mystic folk of Furchick, Deadly Nightshades and Rabbit Island, VOX displays the voice in all its complex glory.

“Vox is quick to extinguish any pretences that it might focus solely on the voice as a musical phenomena; it is open-minded in its inclusion of instrumental drone, mystic folk and field recordings alongside a plethora of vocal techniques spanning several years of Australian experimentalism. A human purity is evident in the rawness and clarity of Kucka’s vocal on ‘Chinatown’, despite its percussive and East Asian influenced ascent. Alice Hui-Sheng Chang’s multi-layering vocally-induced drones on ‘Vein’ almost work the opposite way, and The Deadly Nightshades’ repetitive “..and it rained on my house, all summer..” on song Dobro #1 is an exercise in vocal layering with some beautiful and emotive results.”
This Music Wins, September 2011

“New Weird Australia, ever incredible, delivering up this heaping helping of far reaching vocal workouts, fittingly entitled ‘Vox’ … what you have here is 17 songs where the voice is the most important aspect or instrument in the track. Some artists seem to simply employ an incredible voice over their own beats while others record and chop and slice and rearrange the human voice to create a new band writing new beats. From epic melodic ballads to harsh abrasive noise, the voice is the key and the answer on this one.”
Grindthieves, December 2011 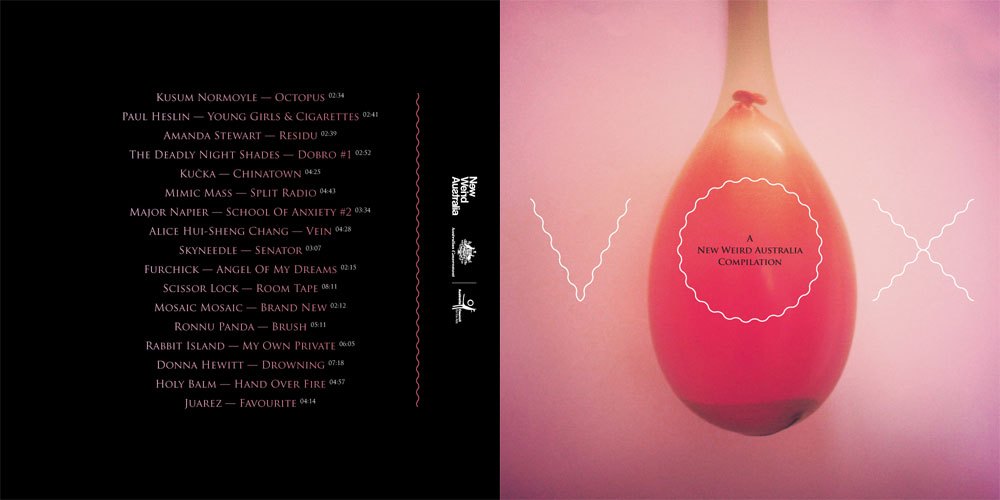 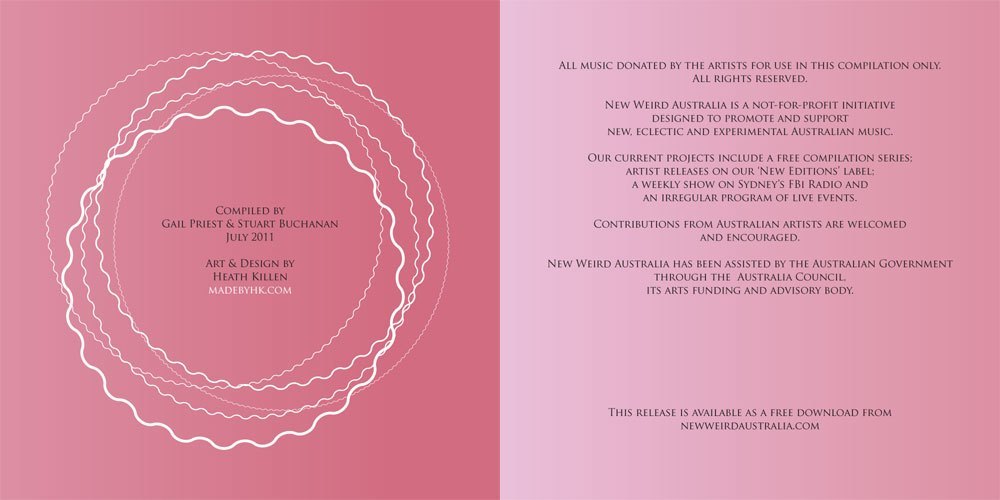