In his 2007 essay ‘Mob Rules’, futurist Mark Pesce noted that “John Gilmore, who co-founded SUN Microsystems … recognised an inherent quality of networks: they promote the sharing of information. This was codified in what I (only half-jokingly) call Gilmore’s Law: The net regards censorship as a failure, and routes around it.” This phrase has stuck with us in the intervening years – that the net (or more accurately, the human beings that use the net) finds censorship, and routes around it.

It came to mind again recently when considering the fracas surrounding the diminishing state of live venues in Sydney and Melbourne, highlighted by the struggles of The Tote and The Hopetoun. It was also front and centre of our minds when looking at the Australian Recording Industry Association’s 2009 Sales Report – claiming that despite an annual 72% increase in digital album sales, that “illegal file sharing… continues to erode profits and hamper investment into the local industry”. Clearly the mainstream music industry remains bewildered and befuddled by the ever-changing landscape unfolding beneath its ivory towers.

These are cited merely to highlight Gilmore’s Law in a new, weird, Australian context – that the artists on this compilation (and their kin spread throughout the country) find censorship, or find a blockage, and simply route around it. Closed venues are a blockage, mainstream industry machinations are a blockage, lazy media are a blockage, indeed any predefined ‘norm’ that restricts freedom of expression and dissemination of art, is a blockage – and in all these cases, we simply find it, and we route around it.

Crab Smasher and Red Plum & Snow route around distribution hierarchy and manufacturing expense by selling their music direct to fans on the digital platform Bandcamp. ///▲▲▲\ routes around traditional expectations of PR & marketing by refusing to be photographed and refusing to present a media release or bio, yet still ends up featured on the renowned U.S. site, The Fader. Justice Yeldham, aka Lucas Abela, finds a wall of noise and litigation around illegal downloads and routes around it by promoting Australian music on WFMU’s Free Music Archive (and thanks to Lucas, you’ll also find our releases there soon). The Atlas Room and Mookoid wind up on this compilation by routing around existing promo & media frameworks by hitting us up directly on Soundcloud. Burning Palms route around traditional marketing and find themselves with over 500 fans on their social network pages with zero releases under their belt. Need we go on?

Venues, channels, infrastructure and norms will all come and go. And if we can’t work with them, we’ll regard them as a failure and we’ll simply route around them. We will always network, we will always share and we will thus always survive. Call it (only half-jokingly) the NWA Law.

Who The Bloody Hell Are They? “I’m a big fan of these compilations, and what I’ve found impressive is that they’ve managed to uphold the quality of those first couple of compilations, the point where Vol. 5 might actually be my favourite so far… Definitely worth checking out.”

Throw Shapes “Be ready to feel your brain tickled via your ears, like some long, thin device has snuck its way in there and wiggled around. Ahem.”

Engendered From Devine Breath “If you want to get some excellent examples of contemporary avant-garde rock music, you should certainly listen to this compilation.” 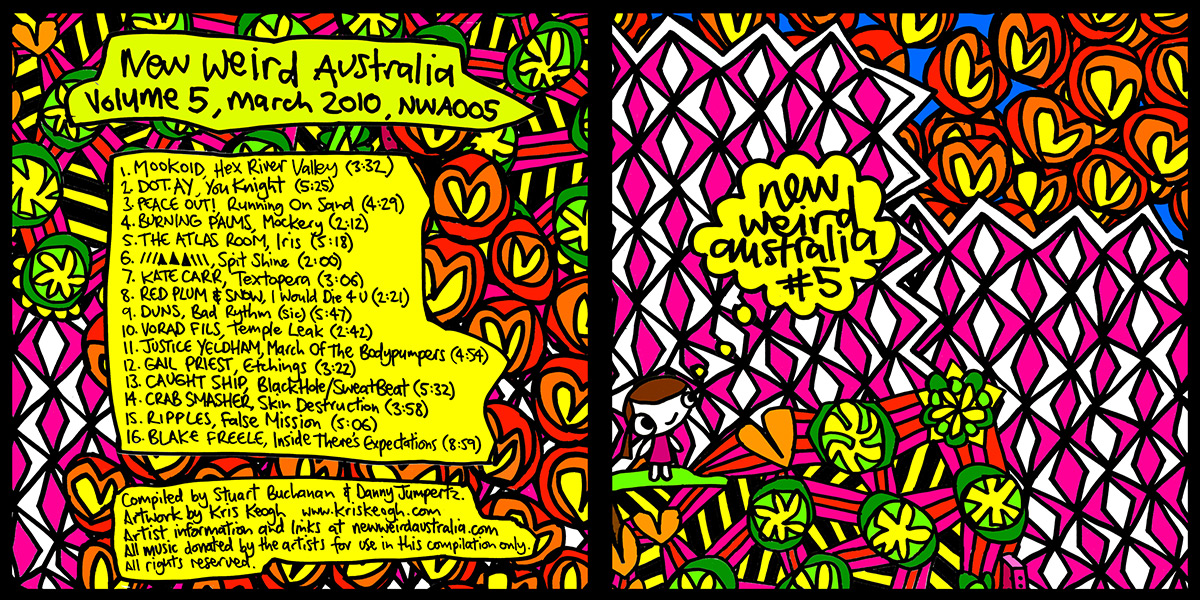