the NOW now presents music, sound and art without borders, with a wide scope including sound sculpture, improvised music, performance art, installations, composed music, new collaborations, trash rock, noise, silence, electronic music, comedy, and everything in-between. What began as a music festival has evolved into a festival of arts with a sonic focus.

The resulting compilation is a primer for the 2014 edition of the NOW now festival; from feedback saxophone to noise rock, dark love songs to fragile electronics, improvised music to doom drone and more. Expect to hear a cross-section of experimentalism and exploratory sound making from some of the country’s most innovative voices. 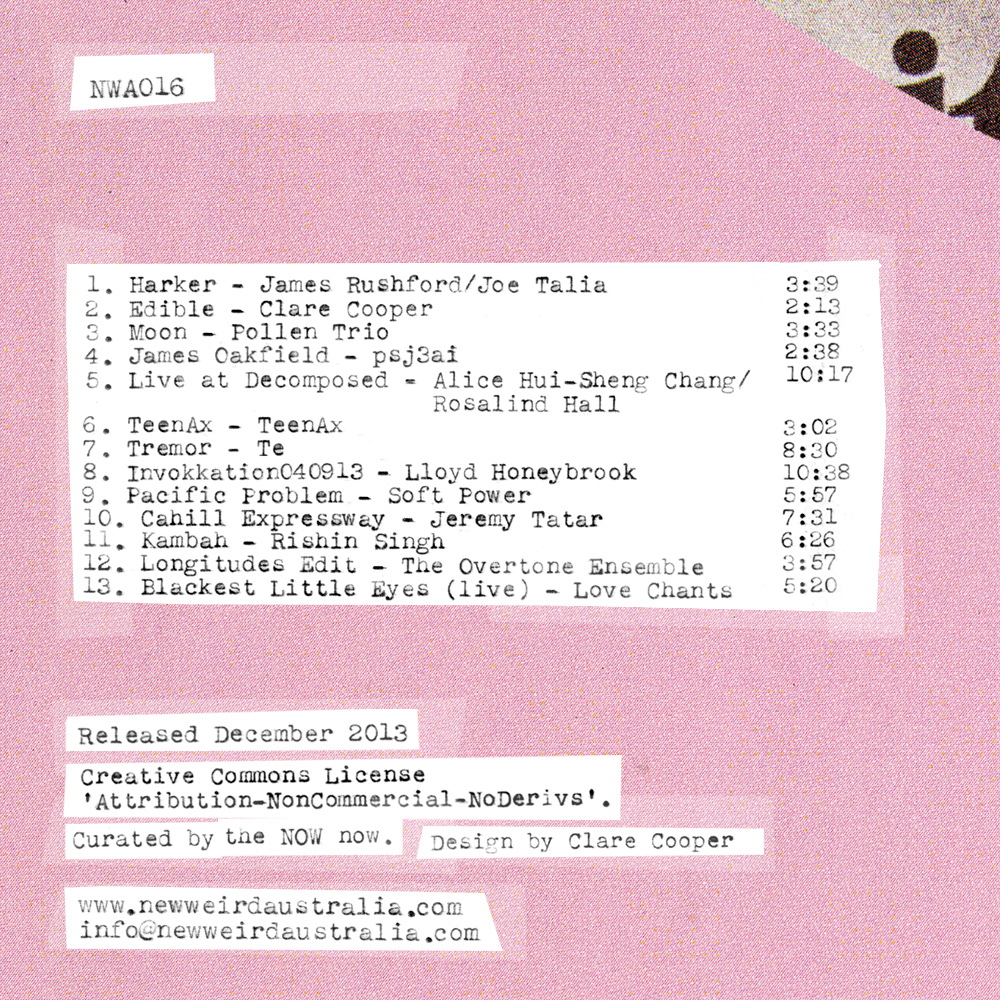